Why sugar is the real cause of heart disease, not fats

Bribery and corruption in industry and science circles is neither new nor surprising. Consumers have been lied to for years and coerced into buying products based on misleading and false claims.

Take the powerful tobacco industry, who undermined the science and used researchers, doctors and the media to cover up the dangers of their products, resulting in irreparable damage to millions of people’s health. The sugar industry is also guilty of fraud and the repercussions of their deceit has now come to light as obesity, diabetes, heart disease and other chronic diseases are at an all-time high. Learn the truth about the sugar industry and why sugar is the real cause of heart disease, not fats.

The deceit of the sugar industry

“If only a small fraction of what we know about the effects of sugar were to be revealed … it would promptly be banned.”

Although warnings of the link between sugar and heart disease go back to the 1950s, it took over 60 years for researchers to uncover the sugar industry’s tricks and deceit. The data eventually found its way into The Journal of the American Medical Association (JAMA) in 2016. Sugar companies have been covering up the negative effects of sugar for years in a bid to pull the wool over the eyes of consumers and continue selling their products.

As highlighted in The New York Times, Coca Cola, the world’s largest producer of sugar-laden drinks, sponsored a multi-million-dollar research project aimed at minimising the connection between sugary drinks and the rise in obesity levels. Another example of sugar industry fraud was detailed in a report by The Associated Press titled “AP Exclusive: How candy makers shape nutrition science” which exposed sweet manufacturers for funding studies claiming that children who eat sweets tend to weigh less.

Why fats were blamed for causing heart disease

Back in 1967, three Harvard scientists were paid by the Sugar Association (formerly known as the Sugar Research Foundation) to publish a review of research on sugar, fats and heart disease. The studies used in that review were handpicked by the Sugar Association, and the article, which appeared in the prestigious New England Journal of Medicine (NEJM), minimised the link between sugar and heart health, blaming saturated fats instead.

As fats were singled out as the dietary causes of coronary heart disease, the evidence of sucrose consumption as a risk factor was downplayed and buried. Alongside Ancel Keys’ “7-countries study” (which was also used to point the finger at saturated fats), flawed dietary policies were created across the developed countries, resulting in increasing rates of obesity, cardiovascular disease, cancer, diabetes and other chronic health conditions.

The sugar industry has moulded dietary policies and recommendations based on their own hidden agenda. This has resulted in populations dutifully following guidelines for reducing fat intake and instead consuming low-fat, high-sugar foods; a diet that experts are now saying has fuelled the obesity crisis.

The truth about fat consumption

Researchers now claim that fat guidelines lacked solid scientific evidence and that the dietary advice on lowering fat consumption issued in the US in 1977 and the UK in 1983 should never have been issued.

Australian scientists are dubbing fat as the sixth ‘taste primary’, contradicting the previously accepted list of five primary tastes: sweet, salty, sour, bitter and umami. In the research paper titled “Is Fat the Sixth Taste Primary? Evidence and Implications”, Professor Keast describes how fat meets these criteria as the tongue has taste buds that can detect the presence of fatty acids.

Fats have been given a bad rap over the years, making many people fearful of consuming fats in their diet. The reality is that eating fats is essential for good health. Fats are the body’s primary source of energy and they also help the body to regulate temperature, fight inflammation and absorb fat-soluble vitamins like vitamin A, D, E and K. Fats also provide the body with the raw materials to produce hormones.

A balanced diet is key

As the sugar and fat debate rages on and the controversy continues, there is one thing that is certain: eating a wholefood, minimally processed, seasonal and organic diet is essential for good health. Knowing where your food comes from and supporting local, ethical and sustainable farming is the best and healthiest way forward. 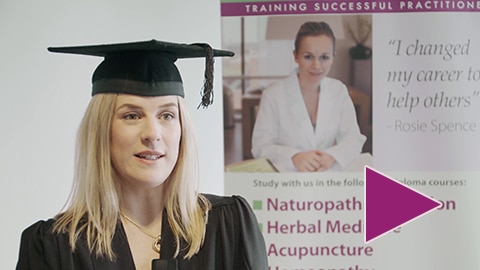